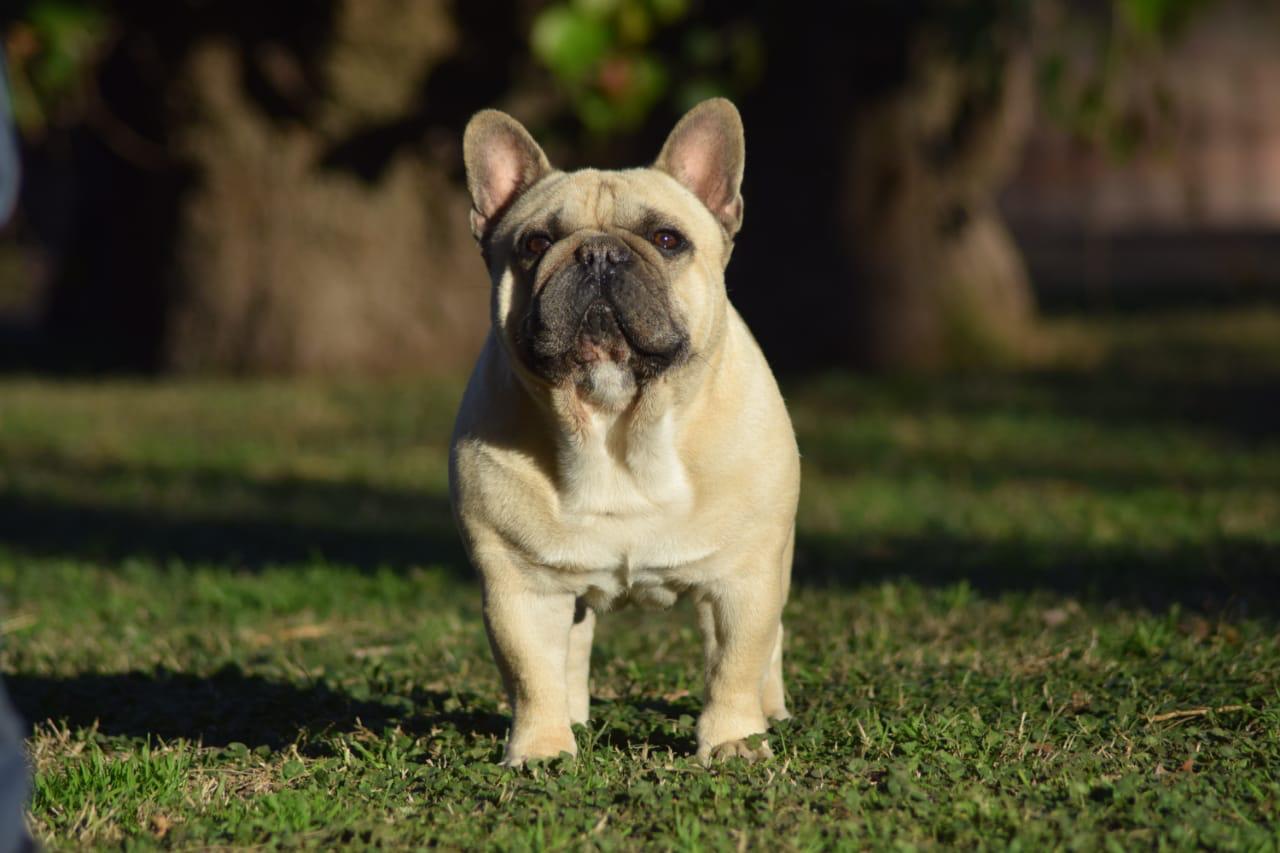 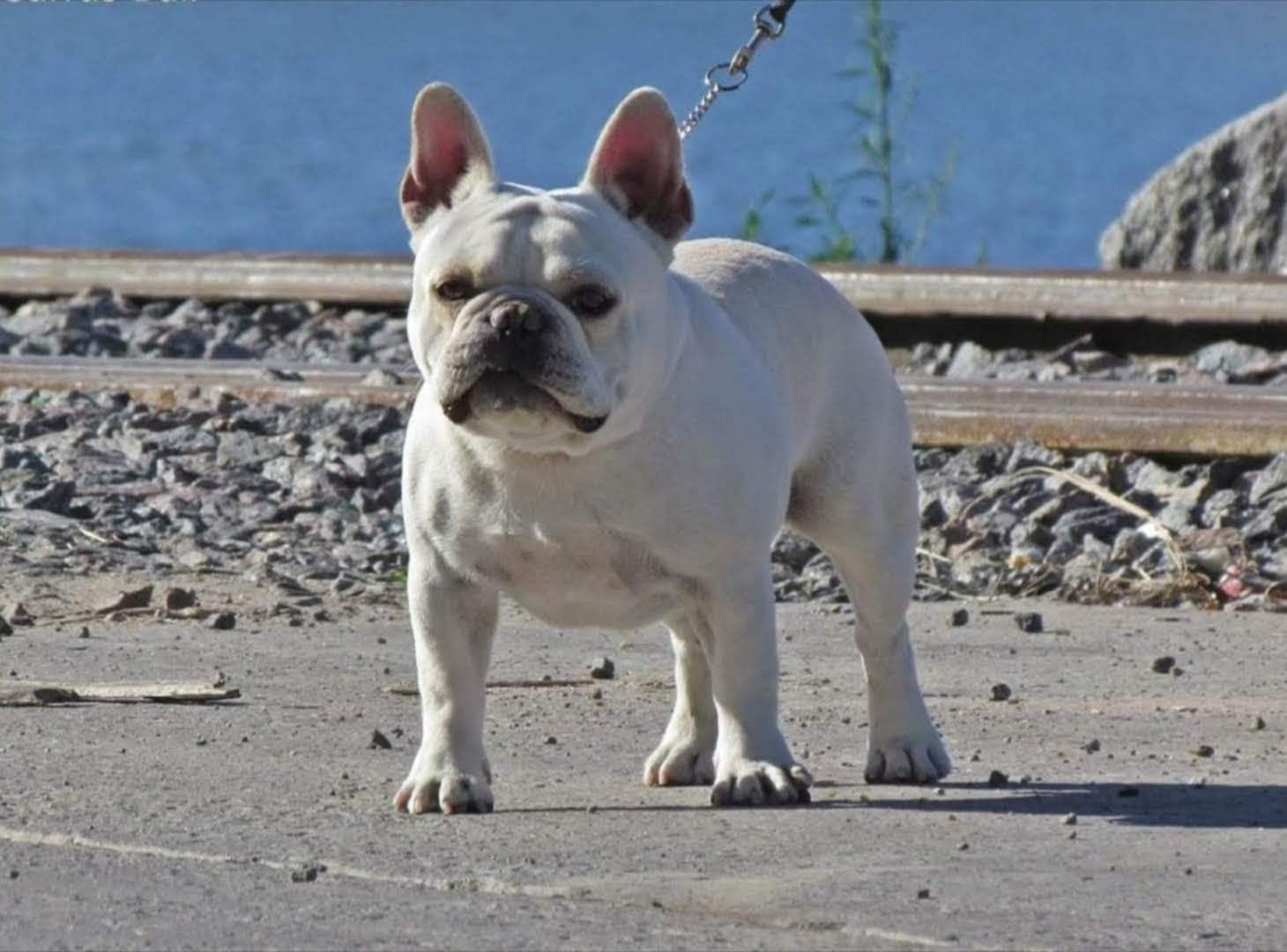 Of 30 cm approx. in males and females.

Good health but prone to allergies. Estimated life expectancy between 9 and 12 years

The French bulldog is not simply a miniature bulldog. The most outstanding characteristic is the “bat” ear, which occurs naturally and is never cut or modified. Also unique to this breed is the skull, flat between the ears. It is a compact and muscular dog with a flat and short hair. The usual colors of the breed are fawn, white and different types of brindle. The male and female weigh between 11 and 15 kg.

The French bulldog is a gentle-tempered house dog that feels fulfilled by being the center of attention. In fact, it demands it. This dog is ideal for a one-person household, since it could compete for your attention with the other members of the family. The French bulldog does not bark much, only when it finds a real cause for excitement.

At the beginning of the 19th century, lace makers from England left for France in search of work. They took with them the smaller bulldogs to keep them on the farms as company and to scare away the rats. In those agricultural communities of northern France, the popularity of this robust dog rose quickly. In fact, the established bulldog breeders of England were happy to perpetuate this “new” breed by selling their overly small dogs to the French.

This dog is well known for being a very fashionable domestic companion present in high class and royalty homes. A French bulldog, insured for the incredible sum (at the time) of $750, traveled aboard the Titanic. In the late 19th and early 20th centuries, the French bulldog was considered a high society dog; the breed still attracts people who appreciate elegance above all else.